Who says sightseeing in Toronto is devoid of historical attractions? While some may not consider the historic attractions in Canada's largest metropolitan area old enough, there are plenty of historical sites to discover and experience. Toronto is full of culture and history for a fledgling country like Canada. Join us to find the most visited places in the city that bring back memories of the past.

A man named John Graves Simco ordered the construction of a military barracks called Fort York on Lake Ontario. This building is going through turbulent historical events. Fort York was captured and blown up by an American invasion in 1812. Following this demolition, they resumed their construction. The building was used in the First and Second World Wars for military purposes, and eventually became a major tourist destination for a brief overview of Toronto's military history.

The Distillery is now part of a well-preserved collection of Victorian industrial, architectural styles in North America. There is an extensive network of grain mills in this area; Its cobbled streets are adorned with beautiful shops, restaurants with delicious food, and traditional factors such as Mill Street and Spring Watercress. In addition, cultural events such as live music, art performances, and food markets are held in the area on several designated dates. To get a full understanding of the area's past and the smuggling that took place here, take a historical tour to get complete information on the hidden angles of famous gangsters like Al Capone or the Toronto Fire, and many more. You put.

This village offers an interesting and comprehensive view of a normal day of life in rural Ontario in the 19th century. The actors play the role of workers, family members, and different occupations as if it were still 1860, and despite the old furniture, renovated buildings, and old clothes, you will travel to the distant past. There are also special exhibitions in the village that draw people's attention to historical moments, important people, and movements that have influenced Canadian history to this day.

St. Lawrence Market, known as the Block Market since its inception in 1803, was a space for neighbors, politicians, and vendors to interact. The first city council was built and held in this market; Today, it is housed inside the St. Lawrence Market building.

Enjoy walking through the wide corridors between the market stalls, which are full of shopkeepers, and find your way using the special signs inside the market to reach the places to eat. The market is still as lively and passionate as ever, with special activities such as cooking classes in various fields from around the world and more.

It is impossible to travel to Toronto and not understand the excitement of the locals for the sport of hockey. It is no coincidence that Toronto is called the hockey center of the world. The greatest stories in Canadian sports history come from good old memories in the Maple Leaf Gardens; Where which used to be the home club of the Maple Leaf's hockey team.

Hockey greats like Johnny Bauer and Tim Horton have played on the ice by the club. Plus, this is where the Blues (St. Louis Blues team) last won the Stanley Cup in 1967, and we're still waiting for them to win the trophy again.

The building has hosted concerts by the Beatles, the Rolling Stones (an English rock band), and Frank Sinatra (a famous American singer).

Recently, this place has become a supermarket and a sports center; But the old objects and memorial plaques are the seals of approval of the famous past of this building, which keeps the memories of Team Leaves alive.

After shopping in the chic Queen Street West area, you can relax in one of Toronto's oldest bars; The Black Bull has been welcoming customers since 1833 and has survived the time and fire events that razed Toronto to the ground. Black Bull is the best place to eat under the sun on a hot afternoon.

This historical museum is for enthusiasts and experts in the field of home decor and furniture. The mansion is said to have belonged to the late James Austin, the founder of the Dominion Bank of Toronto. In ancient times, in the mid-nineteenth century, the Austin family was one of the richest and most influential families in the city. The Espandia mansion has four decor styles that date back to the Victorian period and include the Edwardian style of architecture. All these styles seem to be frozen among the walls and beautiful gardens of this mansion. Tours and events such as the Gatsby Garden Party, which looks just like the great Gatsby Party (by Scott Fitzgerald), are available for special occasions.

Representative staring lights, large billboards, and printed letters that constantly ask the question aloud: How affordable can one buy? Come on in, take a look and enjoy yourself! This is just one of the many tricks that this discounted place has used since 1948.

Store owner Ed Mirvish moved to Toronto from Washington, DC, with no assets. In 1984, he and his wife reopened their Honest Eds store. Ed's interest in the performing arts led to countless publicity stunts that made him popular with locals. Every year at Christmas, in the official tradition that has survived to this day, the Anest Eds store offers a discount of up to. 10,000 for the sale of turkeys.

Come to this big auction for the big auction before the doors of this spectacular place close for the last time.

Buildings do not have to be old to create historical events. The stadium, now known as the Rogers Center (known to some as the Skydome forever), opened in 1989 and gained international fame for its sloping roof. This feature creates an indoor stadium experience for spectators, as well as an outdoor sports field.

The Blue Jays baseball team won the World Series for the second time in a row in 1992 and 1993, which was great news for the Canadian team in the major baseball league. These successive victories found loyal fans among the people who, as always, are passionate and noisy.

In addition, the Rogers Center hosts concerts, sporting events, conferences, trade fairs, and much more; There are always events happening in this place. The stadium is located next to the CN Tower and has become an integral part of the soul and body of the city. 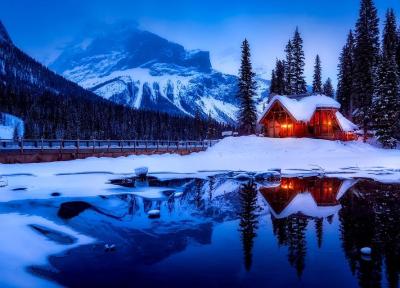 Simple but important tips for traveling to Canada

In some cases, following some tips and rules may ruin your trip, so if you are preparing to travel to Canada, follow these tips.